Latest News
Home /News/Seriously, Its Time to Lean Into Monowheels

But in the last decade, our own world has been catching up. The new vanguards of the single wheel focused less on making human-sized hamster balls and more on making smaller, more maneuverable personal transportation. Bruce attributes the current viability of the micro-monowheel to a confluence of technological advancements. 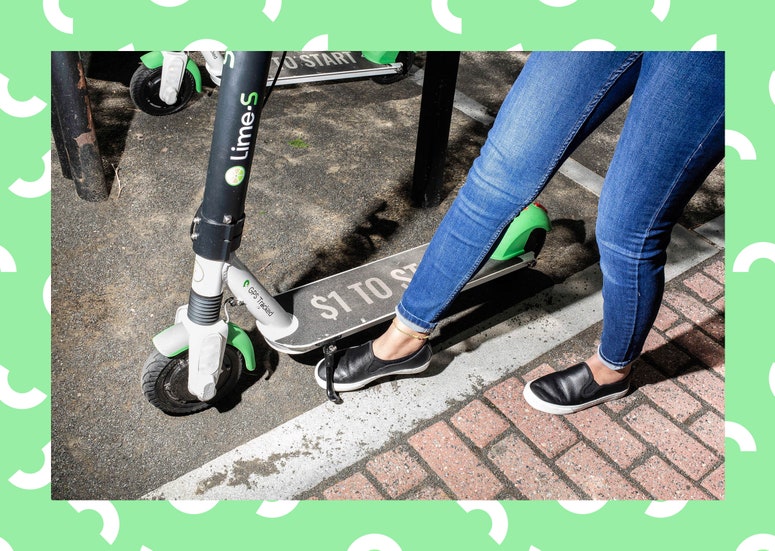 When the Transportation Revolution Hit the Real World

“One-wheels have existed for a long time,” Bruce says. “Why did they not take off in the ’20s? Because they’re really hard to ride. They’re weird vehicles. But if you have a good-quality powertrain and some sort of computation that can help remove some of that steep learning curve, then it makes it easier for these vehicles to take off and for people to be able to use them.”

As the cost of building rechargeable lithium-ion batteries and electric motors has plummeted, it has become feasible to assemble personal vehicles that are both powerful and compact. Gyroscopes and accelerometers have become easy to source, thanks to smartphones. Segway, despite all its shortcomings, advanced the cause with its self-balancing technology. In 2004, Canadian inventor Trevor Blackwell used that technology to create a self-balancing “Eunicycle.” Inventor Shane Chen, who also created the electric standing unicycle Solowheel, created the first hoverboard in 2012. It soon exploded in popularity (and sometimes just exploded). From there, the micro-monowheel was ready to roll, so to speak.

“I could not have made a gas-powered Onewheel,” says Kyle Doerksen, CEO of Future Motion and inventor of the Onewheel board. “It just wouldn’t have been possible until, you know, we had certain building blocks available.”

If you somehow haven’t seen one before, the Onewheel looks like a skateboard, but with one fat tire plunked directly in the middle of the board. You plant your feet on the deck on either side of the wheel and lean the direction you want to go. Internal sensors adjust your speed depending on how much of your weight shifts forward or backward.

Future Motion commercially launched the Onewheel in 2016. Doerksen declined to provide hard sales numbers, but he says that since launch the company has amassed “many tens of thousands of people” who ride Onewheels.

For Onewheel riders like Chris Romine, his devotion stems from the unique experience the rideable offers.

“In an odd way, the single wheel is both the Onewheel’s best feature and biggest detraction,” Romine says.

Romine lives in Petersburg, Alaska, where he routinely Onewheels himself around. He got into the device because he saw it as the closest way to replicate the experience of snowboarding. He says he rides between 300 and 400 miles per month on a Onewheel.

“Once you get good with a Onewheel, you really never have to get off until you’re walking in the door of wherever you’re going,” Romine says. “Other devices don’t have that degree of usability.”

That usability comes with risks. Wrecking is seen as almost a rite of passage of Onewheel ownership. Take a look at the community’s subreddit and it feels like every third post is another newly humbled rider displaying the gory aftermath of their recent “nosedive.” Smooth riding comes with a learning curve. Adherents say that’s to be expected, of course.

“Why do we stand up on two legs?” Doerksen says. “That’s really hard and computationally intensive. You know, we’re not as fast as a cheetah, but there’s a lot of benefits to being up in a position that maybe has to fight physics a little bit but has a bunch of upsides.”

Adventurous riders like Romine approach this kind of device with the knowledge that things can get gnarly quick. But for single-wheels to reach a wider audience, they need to appeal to people who would rather just hop on and get moving than learn a whole sport. Namely, people just trying to get to work.

If cities are the future of humanity, then micromobility is the future of cities. Road infrastructure has largely failed to accommodate the influx of cars that swarm over them. Electric personal vehicle use has exploded as people search for ways to conquer that last mile of their commute. Cities looking to support their burgeoning populations are learning that their streets need to be reconfigured to prioritize pedestrians, cyclists, and small electric vehicles—single-wheelers included.

The Physics of an Elephant-Powered…

The Battle Against Global Warming…

Turn Off Your Screen Time…

Japan Is Racing to Test…

Trials of Plasma From Recovered…

For Open-Source Ventilators, Making Them…

My Phone Keeps Me Sane…

How to Refuel a Nuclear…

The Best Work From Home…